It’s Sunday and I’m currently on a break between my Creature Comforts event and the event at Terrapin in an hour. So Creature Comforts is a favorite of mine. It was one of the first beers I tried that was local to Georgia when I first moved here. And yes of course, I had the Tropicalia. I wasn’t a big fan at first, only because everyone raved about it on bias, but damn, that beer really is good.

I walked in to a packed house; full of people, pets and music! One of the first people that I met was Chris, the CEO of Creature Comforts. Funny story, I was on the floor, on my back trying to capture a good shot when he said, “awesome picture” haha. I’ve learned to not give 2 cents about what people think nowadays, I just want the perfect shot and he saw that. I also ran into Tim from Beer Guys Radio and Nancy, someone that recognized me. I probably blushed. 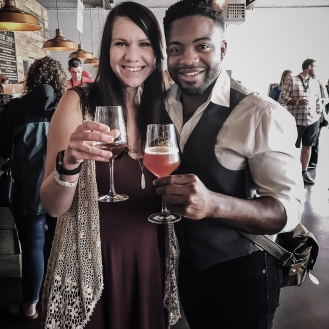 I had some great beers and took some pretty dope pictures. Check them out below.

On to Terrapin Brewing Co. Burgers and Brew!!